Warning: These Tattoo Inks May be Hazardous to Your Health 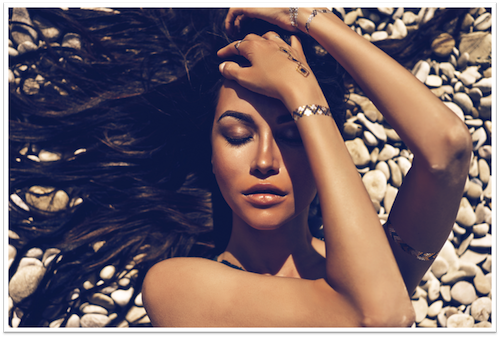 Like all popular art forms, tattoos keep evolving. Some artists have gone beyond the conventional colored inks to UV and glow-in-the-dark inks. These tattoos come to life only under certain lighting conditions.

Though they sound as if they might refer to the same thing, they are actually different. UV tattoos, also known as black-light tattoos, can be seen under the black-lights common to the nightclub scene. Glow-in-the-dark tattoos can be seen when there is no light, in other words in full dark.


Anyone considering these tattoos should know that these may be more permanent than the usual, visible in the daylight sort of tattoo. Laser removal technology which has proven successful in eliminating “regular” tattoos may not be able to remove these questionable inks.

Beyond the permanency of these types of tattoos there are questions about the safety of the inks themselves.

The glow-in-the dark phenomenon actually exists in nature. There are animals deep in the ocean where sunlight cannot reach which emit a phosphorescent glow. And then there are the genetically engineered animals who have been bred to be phosphorescent using jellyfish genes, such as glow-in-the-dark cats. 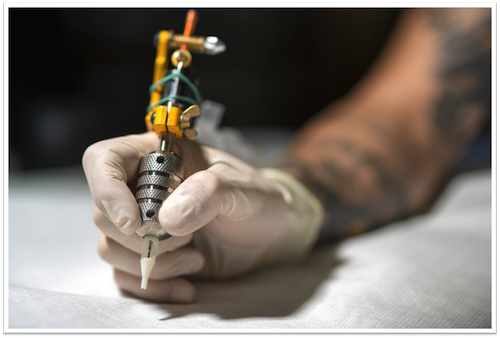 Though the phenomenon may occur naturally in nature, having phosphorescent ink injected into your skin is certainly the opposite of natural. A glow-in-the-dark tattoo may make you the hippest, trendiest attendee at the party, but you might want to consider a different way to impress.

Glow-in-the-dark tattoos require a phosphorescent ink. It is believed that this type of ink can be a carcinogen. In fact, it has been known to contain radioactive material.

A black-light tattoo is probably a safer way to go. But it’s best to proceed with caution with this type of tattoo as well. There have been reports of people experiencing adverse reactions from UV/black-light ink. Among the reported side-effects are blisters and rashes.

Though you may have seen black-light tattoo ink marketed as FDA approved, in actuality the FDA has never approved any ink for injection into the skin, even the more commonly used inks for “ordinary” tattoos.

Boring by Day / Wild by Night

If only an “invisible” colored ink is used, a black-light tattoo will blend with your skin color and barely be visible during daylight. For people who work in a conservative environment it’s a way of having a tattoo without irritating management. 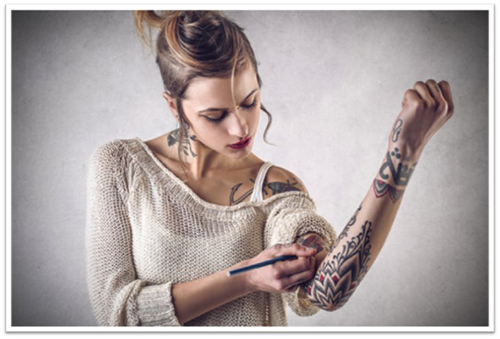 A lot of shops won’t do blacklight tattoos because of the safety issues. If you do find a willing artist expect to pay a pretty penny. The ink is pricier and these tattoos are time intensive.

The ink is thinner and harder to work with. In addition, the technician needs to rely on a blacklight to check the progress of the tattoo. It’s really the only way the artist can see clearly what he is doing.


It’s important to realize that both the glow-in-the-dark and black-light reactive tattoos cannot be easily removed. In fact, in some cases, surgery may be the only option.

One consolation, if you grow tired of your black-light tattoo, they are known to fade faster than an ordinary tattoo. We at InkOFF MD don’t recommend getting these tattoos until more is known about the safety of these special inks.