Why Tattoos Could Be Dangerous 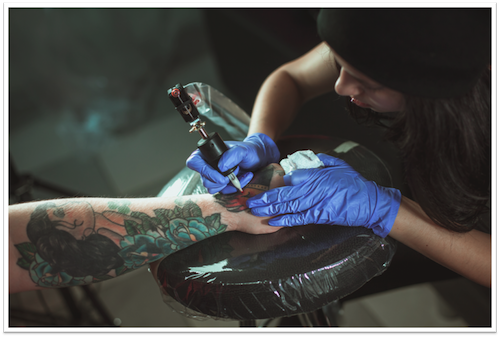 It seems like tattoos are rising in popularity as one celebrity after the other lines up to get inked.  This is most likely affecting the 47% of Millenials (ages 18-35) who are getting tattoos according to a recent Harris Poll. It’s not just a “yolo” moment 29% of adults have at least one tattoo. Well scratch that, it could be a “yolo” moment if you haven’t had enough time to think of the dangers of getting a tattoo.

The Food and Drug Administration has reported and increase of infections, allergic reactions, and other adverse reactions to tattoos. They are concerned with the long-term risks associated with the pigments and ingredients in tattoo ink.

Linda Katz, Director of the FDA’s Office of Cosmetics and Colors says the consequences are sometimes unclear, “any time someone is going to inject something into their body, there are consequences.”

So here are the dangers:

The medical journal Lancet tells us the 1-5% people get an infection from a tattoo. These infections can come from unsterile needs or contaminated needs and plague tattoo recipients as bacterial, viral, or fungal infections. Tattoo parlors are regulated by state and local laws, so the federal government doesn’t have a lot of power to police tattoo establishments. They have however, asked manufacturers to recall contaminated inks about 6 times since 2004. 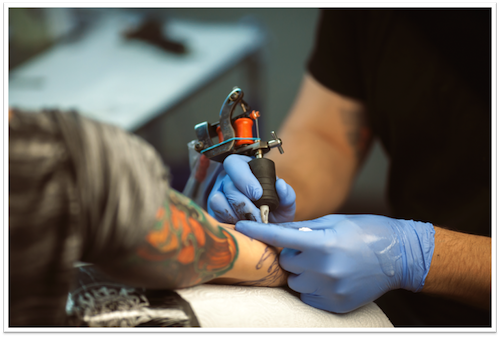 Dermatologists surveyed 300 tattoo recipients in New York’s Central Park and 6% reported rashes, itching, or swelling lasting 4 months or longer. Marie Leger, a dermatologist at New York Univeristy Langone Medical Center involved in the aforementioned study comments, “One of my patients had a red tattoo on her arm about 10 years before, then had another tattoo on her foot with red ink” she explains that they both became inflamed, scaly, and itchy.

Leger mentions that getting a tattoo can be the catalyst for psoriasis out breaks and it also can make detecting skin cancer harder.

The long-term effects of tattoos haven’t been solidified by research. One concerning aspect is that tattoo ink can break down and particles can go into the body over time or when removed by a laser.

Here’s what you can do to stay safe:

InkOff.MD offers the most advanced techniques for tattoo removals with fascinating results. www.inkoffhawaii.com