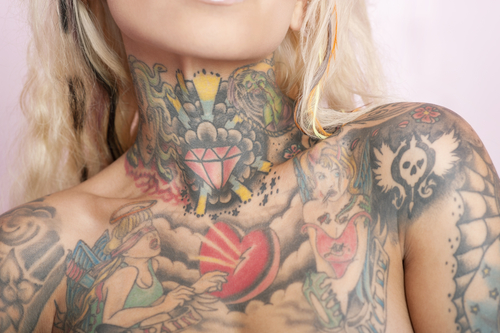 InkOff.MD today announced today it is now taking appointments and will begin offering the groundbreaking PicoSure technology at its Honolulu office in April. Approved by the FDA in 2012, the PicoSure™ laser provides virtually complete removal of tattoos, freckles, sunspots and some birthmarks in a shorter time and with less discomfort than traditional lasers. Currently available in New York City and Boston, InkOff.MD is only the fourth office in the United States and the only office in Hawaii to offer this revolutionary treatment.

“The number-one researched item on our web site is tattoo removal. But the tattoo removal technology up until now required anywhere from five to 10 treatments, over the course of one to two years. And even then, many times tattoo areas with blue and green ink could not be removed completely,” Dr. Chung says.  “This new technology is amazing – one can see up to 75 percent of the tattoo removed in the very first visit, and many times we can completely remove the tattoo in only three sessions over the course of three months.”


Reasons For Removing a Tattoo

About 45 million people in the United States have a tattoo. According to Career Builder, body piercings, bad breath and tattoos are the top three deal breakers when it comes to getting hired or getting a promotion.  In addition, between 2011 and 2012, the number of people seeking tattoo removal increased by 32%, according to The Patients Guide study. Of this number, nearly half (40%) were doing so for employment reasons. Another 18% wanted to remove an ex-partner or spouse’s name while 16% pointed to a change in beliefs and 11 percent said they were “unhappy/don’t like it.” Finally, 15% noted “other.”

“Companies like Hawaiian Airlines, and the U.S. military have stringent rules about visible tattoos. We can provide a quick and effective solution for those people who feel they are being held back by a tattoo, to getting a new job,” Dr. Chung says.  “On the flip side, we know this will also be a valuable service for those with a tattoo who prefer to remove it and get a new tattoo. Many times tattoo artists have to create a tattoo to hide an existing tattoo, which limits their creativity. Now these artists can encourage their clients to see us, so the artist has a blank canvas with which to work their masterpiece.”


About InkOff MD in Honolulu, HI

InkOff.MD is Hawaii’s authority in removal of tattoos, freckles, sunspots and some birthmarks. Launched in 2013 as a division of the Vein and Skin Center of Hawaii, InkOff.MD provides the fastest, most effective tattoo removal in the state. InkOff.MD uses PicoSure™ laser technology to quickly remove even those tattoos with blues and green inks, which are difficult to impossible to remove with traditional laser technology. Book an appointment today by calling us (808) 949-8346, email us or follow us on Facebook and Twitter.


This tattoo was removed, one half using the PicoSure laser while the other half used a traditional laser. See the difference!


InkOff.MD can remove freckles, sunspots and some birthmarks in just a few sessions using this groundbreaking technology.


Call 808.949.8346 to schedule a complimentary consultation at InkOff.MD, and learn how your unwanted tattoo can be gone in as little as three months.

Even tattoos with blue and green ink - which traditionally have been close to impossible to remove - are virtually eradicated using the PicoSure technology at InkOff.MD in Honolulu.