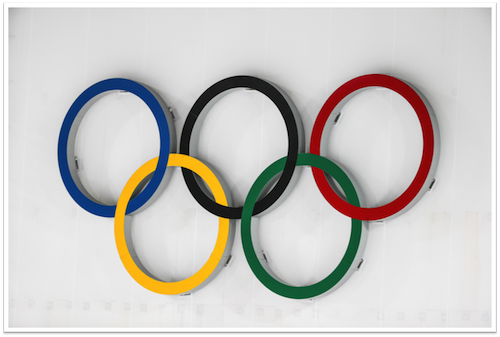 The club of Olympians is a small, tight and proud group, ever since the days of ancient Greece, where it originated. The accomplishments and sacrifices made to stand tall on the stage have given certain rights to these athletes. It seems only natural and fitting that some players permanently offer a portion of themselves to the art of the games.

Tattoos have been around since ancient times, adorning slaves and emperors alike. For slaves, it showed ownership; whereas some rulers were garnished to display birth status. In the case of Ptolemy, who boasted ivy leaves, it showed devotion to the god Dionysus, the Greek god of wine, who was the protector of the royal family during those his time.

So, even though the status among the Olympians is not through birth, it is certainly earned with years of practice and is a small but revered group among the world population. Therefore, the Olympic rings tattoo is to be held for only those who are competitors of the game’s arena, and to be admired by all others.

Memorializing the event of an Olympic medal is certainly a personal adornment. In the case of Jordan Burroughs, an American wrestler, the iconic rings are a part of an artistic rendition of the country’s flag, showing not only the membership among the elite, but also his birth land. McKenzie Brown shows the original rings, but has changed the circles to arrows, displaying which event brought her the glory.

Victor Davis, a Canadian swimmer, was the lead on this new tradition, in the 1984 summer games held in Los Angeles. Victor proudly displayed his country with a maple leaf upon his chest, over his heart, as he won the 200 breaststroke. He set a world record, only to beat it. He was known by his competitors to be as intimidating out of the water as in, due to his preparations for the races. Some say because of his intensity during the pre-race activities, he psychologically beat his opponents before they even entered the water. He will forever be held in the hearts of many for his inspiration. Many of his teammates followed his lead with tattoos of their own.

The US athlete, Chris Jacobs, is said to be the first to display the connected rings in the States. Chris holds the honor of three medals from the 1988 Olympics held in Seoul, Korea. His gold medals were earned in the free relays and 400m medley. He swam to the silver in the 100m. When he spied the tattoo of Victor, he knew immediately he wanted to carry on the newest Olympic tradition.

As for the current trend, some wish to emblazon a simple tattoo for all time. Others prefer to add each occasion in the grand competitions. It is a truly personal practice and every piece holds unique qualities. So for all of the world population to see, a few proud individuals display a mark of greatness through the rings of accomplishment.

If you don't admire your tattoo then consider getting laser tattoo removal. Consult a professional to determine the right plan for removing your unwanted tattoo.